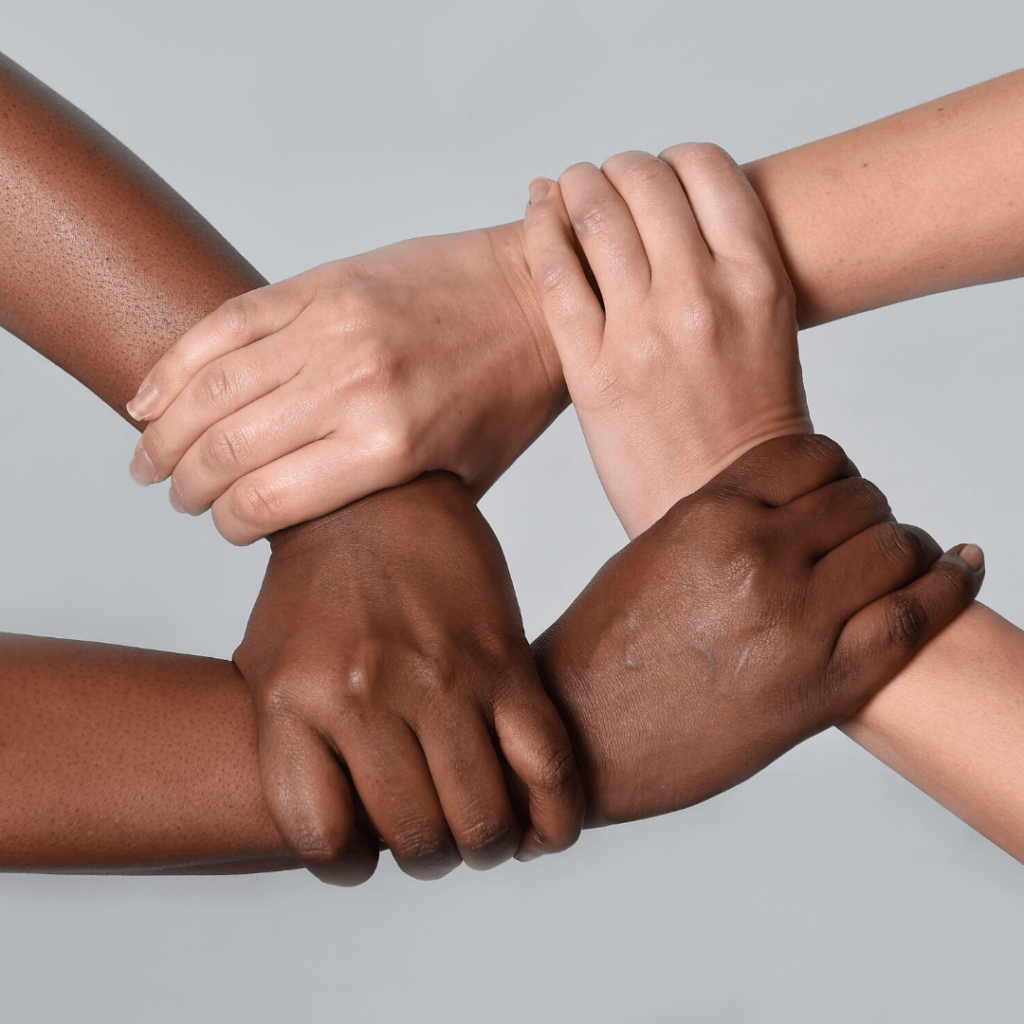 It’s been a big couple of weeks here in the United States.

Let us remember that the revolution happening in the United States is not something caused only by the murders of Ahmaud Arbery. Breonna Taylor, or George Floyd. It’s a call for justice and liberation from over 400+ years of racism, bias, and white supremacy.

The mainstream narrative is starting to change, and truly – it’s long overdue.

But law enforcement isn’t the only area of our country impacted by the system of white supremacy, the modern field of women’s health is too.

The systemic racism and white supremacy that influences many of our modern medical practices are protected by the closed doors of Doctor’s offices and hospital labor and delivery rooms.

If we’re going to create a new way of healing, we have to look at where we came from.

As an able bodied cis white woman, I have many kinds of privilege. That’s why I’m not going to try and speak for any Black women’s experiences.

Instead, I’m going to use this platform to do what I created it for – to educate and amplify voices, and not just my own.

Below you will find a list of some of the brilliant Black authors, scholars and researchers that I continue to learn from in my ongoing commitment to decolonize my mind and my practice.

Before I share with you the resources, I want to invite you to consider that most of what you know about the modern practice of gynecology and obstetrics is wrong, and most likely – it’s not your fault.

The true history of these practices has been largely hidden from the mainstream narrative, edited, and even omitted from public schools. And this isn’t a coincidence but rather what I believe to be an intentional cover to hide it’s deeply racist roots.

Trigger warning, the facts I’m about to share with you include detailed information about the historical abuse of Black bodies. Please continue to the “READ HERE” title to access the resources if you desire to skip this section.

Did you know that the pap smear procedure was developed by a racist Doctor who experimented without anesthesia on Black enslaved women?

The speculum and the pap smear, an instrument used to expand the vagina and dilate the cervix, were developed by J. Marion Sims who is often referred to as the “Father of Modern Gynecology” (excuse me while I vomit).

Sims is credited for ‘advancing’ the practice of modern gynecology by performing surgeries and other experimental procedures on Black enslaved women without anesthesia, a practice stemming from the racist ideal that Black people did not feel pain the way white people did – a belief that I’ll unpack below because it’s still prevalent today.

His experiments were often so painful that the women had to be held down by two to four assistants at a time. Once Sims perfected his surgeries, he offered his cutting-edge services to white, upper class women with the convenience of pain killing anesthesia.

Still today in the United States, he is seen by many as a pioneer in the field of gynecological research. So much so that statues honoring him still exist in several states like South Carolina, Pennsylvania, and New York.

Did you know that Black people are less likely to have their pain addressed and adequately treated by physicians?

This is systemic racism and white supremacy embodied within medical treatment that stems hundreds of years into the history of the U.S. For instance, Dr. Samuel Cartright, a physician who practiced in both Louisana and Missisipi and the early 1800’s, wrote that Black people bore a “Negro disease [making them] insensible to pain when subjected to punishment”.

The same prejudice and bias still exist in modern treatments of pain. According to a 2016 study published in Proceedings of the National Academies of Science, 40% of first and second year medical students subscribed to the belief that “black people’s skin is thicker than white people’s.”

This false belief, unconscious or not, is dangerous.

It’s dangerous because it means Doctors are less likely to take Black people’s very real pain seriously, and it also means they’re more likely to under-prescribe necessary medications to support them in mitigating it.

For example, in a retrospective study, found that Black patients were significantly less likely than white patients to receive analgesics for extremity fractures in the emergency room (57% vs. 74%), despite having similar self-reports of pain.

Another area that racism and white supremacy is so glaringly obvious is in the maternal health field.

Did you know that Black women are 3 – 4 times more likely to die in childbirth than white women?

And according to the CDC, 60% of these deaths can be prevented with better health care, communication and support, as well as stable housing and transportation.

According to a study by the Common Wealth Fund, Women in the U.S. have the highest rate of maternal mortality [in comparison to ten other wealthy countries] because of complications from pregnancy or childbirth, as well as among the highest rates of caesarean sections.

Consider that what I provided above is a very, very brief overview of where we come from and where we’re at in terms of white supremacy, racism, and the ways in which it continues to impact Black bodies.

As women’s health advocates and committed practitioners on the path of self realization and awakening, educating ourselves about the traumatic history of our modern healthcare system is imperative so we can stand up against supremacy, racism, and bias through embodied action.

We have to know where we came from to ensure we’re creating a new system, one that is built on a foundation of anti-racism, compassion, and safety for all patients.

This book is an overview of the racist history of our medical system. If you want to unearth the practices of prominent racist Doctors like J. Marion Sims, who I mentioned earlier in the blog, read this book. Cooper Owens masterfully draws parallels between the racist practices we thought were behind us and the way which Black women are treated in Doctor’s offices and hospitals today.

2. Medical Apartheid by Harriet A. Washington

Could it be possible that much of what we know about science and research is based in pseudo science? After reading Medical Apartheid, I think so. This book is an in depth and comprehensive look at the plethora of ways that Black people were mistreated and abused and draws clear ties to why many Black people have a deep, and often unconscious distrust in the modern medical system today.

3. Reproductive Justice: An Introduction by Loretta Ross and Rickie Solinger

Reproduction is political, and this book explains why. I recommend this book to all women who call themselves feminists and all those who educate in the field of women’s health. This book provides another perspective on the conversation of fertility, reproduction, and abortion – a conversation that after reading this book, I became aware was very much ruled by whiteness. A must read for those who want real-world applications of the analysis of systems and the philosophies of supremacy that our medical system was built on.

There are so many incredible resources out there to support you on your journey of educating yourself.
Are there any other Black authors who have written about our racist medical system that you think should be on this list?

Return to Your Roots: Ancestral Healing

One of my spiritual inspirations, the late and great Ram Das says “If you think you’re enlightened, go and spend a week with your family.” And my god - isn’t that true? During quarantine, you might experience...

7 Books to Reclaim Your Femininity

I am a total book NERD. Good books take you on a journey into a new world and blow your mind every step along the way - well, at least my kind of good book does. I get so many messages every...