Skip to content
The Before And After Of A Rebirthed Womben

THE BEFORE AND AFTER OF A REBIRTHED WOMBEN 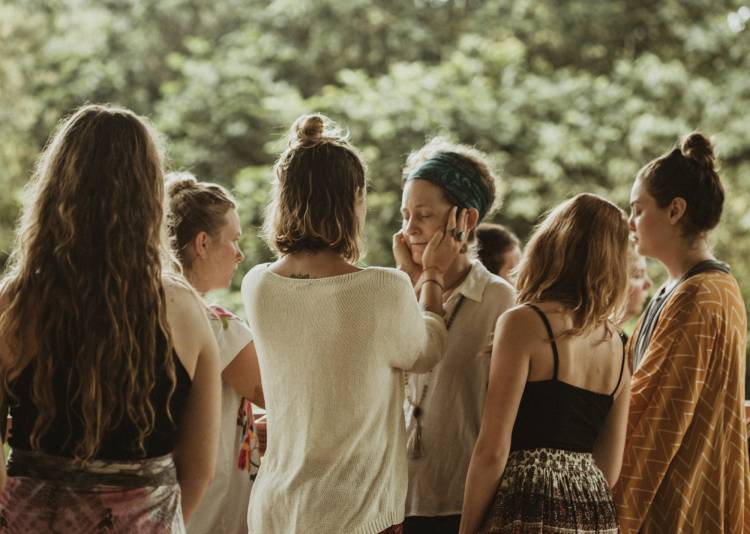 Let me tell you the story of my student, Elisabeth.

She signed up for an immersion with me thinking that it would be a nice break from her demanding work schedule.

Little did she know, what was in store would also require effort, but of a different kind…

On the outside, she was the picturesque vision of success. A budding career, a fulfilling partnership… even though she seemed to have it all, there was something BIG that was missing in her life.

She worked long hours at her demanding job and then went home and gave more of herself to her partner.

She continued to give and give until eventually, her body sent her a clear sign, there was nothing left for her.

The high stress, little rest lifestyle caused her hormones to spiral out of control.

For the first time in her life, she gained weight around her abdomen and experienced inflamed breakouts around her jaw and chin.

Although her periods became more and more painful, she took it as another obstacle in life to “power through”.

Finally one day, something changed. She was in the bathroom at work and she paused long enough to look at her face. Beneath the makeup, the fancy clothes, and the high heels – there was a woman that was hurting.

You see, Elisabeth’s story is like so many other women I know. Women who look like a ‘successful’ version of what society tells them they’re meant to be.

But on the inside, they know. They’re just playing a role in someone else’s game.

When Elisabeth signed up for her first immersion with me, she was a shell of her potential, and she knew it. She arrived disconnected, stiff, and numb from the weight of living a life misaligned with her deepest, instinctual truth.

Today, she looks like a different person. Or maybe, just more herself than she’s ever been.

There is a softness in her face that was never there before. Her eyes glow with a sense of purpose and passion. Her periods are painless and used as a source of her POWER.

Instead of giving her energy to everyone else. Elisabeth finally gave herself permission to pour energy into HERSELF.

She’s not the only one who’s been brave enough to step forward on this path and experienced profound healing through my proven method.

I’ve worked with hundreds and hundreds of women and now, I want to work with you.

I just can’t keep these secrets to myself any longer. I feel like I have a moral responsibility to share these life-changing, freakin’ revolutionary tools.

That’s why I created the 6-Week Online Womb Sciences Immersion. It’s time to expand the impact of this work – because you deserve access to real womb-based women’s health teachings and the profound healing that comes along with it.

In this six-week immersion, we explore how to…

The journey together begins NOW, and I will PERSONALLY be guiding you through this journey. Limited sacred spaces available! Sign up today for instant access to the first week’s lectures and embodiment practices.

The first Full Moon of 2020 occurs on January 10th at 2:21pm EDT.  This Full Moon in Cancer has her work cut out for her as she sits opposite a heavy line up of planets in Capricorn...

The last Full Moon of 2019 takes place in Gemini on 12/12 at 12:12am EDT. This also happens to be the day when Chiron (the “wounded healer” planet) stations and ends its retrograde...

The Full Moon in Taurus occurs on Tuesday November 12th at 8:34am EDT one day after Mercury retrograde conjuncts the Sun in Scorpio. This full moon is a time of abundance...